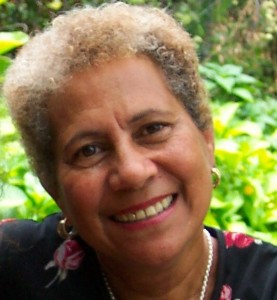 Jenuarrie is a well-known Australian indigenous artist working in textiles, jewellery, ceramics and painting. Her works are held in most major public collections throughout Australia, including the Australian National Gallery, and most State galleries and museums.

Jenuarrie currently resides and works in Cairns, far north Queensland. She is well-known for her active involvement in Arts Industry development. She has represented Australia’s indigenous artists overseas in several countries and been involved in the arts at the highest level, including the Australia Council. She has also held many Artists in Residence positions in Australia and overseas.

Jenuarrie’s Aboriginal cultural heritage background (her mother’s father is Koinjmal (eastern coastal plains of central Queensland)), identity and connection to the land, has a very strong focus in her work. Her ‘works of art’ have always conveyed strong links and respect for the land and its Aboriginal people. “The contemporary interpretations in my work has given me the impetus to create concepts that I feel are a natural progression evolving from traditions and pays tribute to my ancestors.” 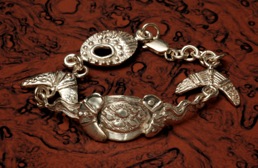 Jenuarrie describes her work: “The main feature is the central component- the Earth feature link represents Freshwater country, billabong and the environment. The boomerang represents the survival of the Australian Aboriginal people. There are various shapes of Boomerangs made for different purposes. Traditionally they were handmade with returning boomerangs having to be made lighter and in a special shape to come back to the thrower.” 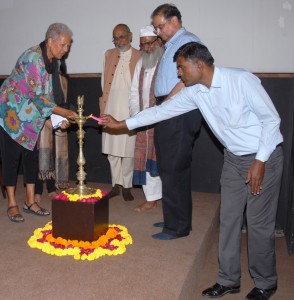