The origins of the term ‘right hand man’ are disputed. The most literal reference is to ancient Greece military formations, where soldiers would hold their shields in their left hand, thus depending on the person of the right for full defence.

In the modern world, the phrase has come to indicate the person behind the scenes, who makes the grand achievements possible. This includes figures like the cinematographer who stays with a famous director throughout their career, transforming their imagination into visual reality. 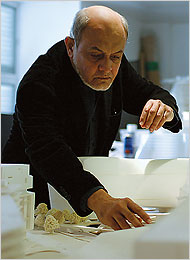 One of the most celebrated ‘right hand men’ in recent times is Cecil Balmond, the engineer for star architects like Rem Koolhas. Balmond gained his professional experience working in Arup, the engineering firm that had overseen the construction of Jørn Utzon’s Sydney Opera House. This job revealed for Balmond that engineering was more than just calculation; it involved also geometry, science and even a little poetry.

About thirty years ago, he began working with Rem Koolhas at a critical time. Together they developed bold experiments with space, such as the ZKM Centre for Media and Technology in Kalrsruhe, Germany, which brought together traditional and electronic media in ‘multistory voids’. It was the unique system of trusses devised by Balmond which made this design possible.

In 2002, Balmond began working with the artist Anish Kapor in the Marsyas commission for the Tate Modern that seemed to defy gravity. It seems inevitable for a figure like Balmond that he comes closer and closer to the main stage. Recently he was commissioned to produce his own design for the $3.5 billion  Coimbra project, a bridge in Portugal. 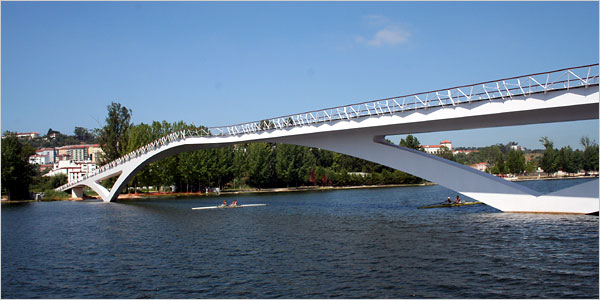 Balmond’s own work has been mildly criticised for its lack of cohesion. Whether or not his work stands up to his illustrious partners, Balmond’s career does raise the question about the position of the ‘right hand man’. Are they always necessarily masters-in-waiting, still proving their capacity before taking on the main role? Is it inevitable that someone like George Harrison of the Beatles would be waiting for his moment to have a solo album?

Is there another way of seeing this? If kudos was more equally spread across the business of concept creation and its realisation, the position of ‘right hand man’ need not be so provisional. Balmond himself harkens back to the era of Gothic architecture, where buildings were much more in the hands of the masons, before the emergence of the celebrity architect in the modern era. But we still don’t seem to have the language for recognising that capacity, even it is critical to the way the more glamorous role of ‘creator’ functions.

What are the other ‘right hand men and women’ whose achievements lurk in the shadows? Is there any way of recognising their contribution without seeming to resent the success of others?