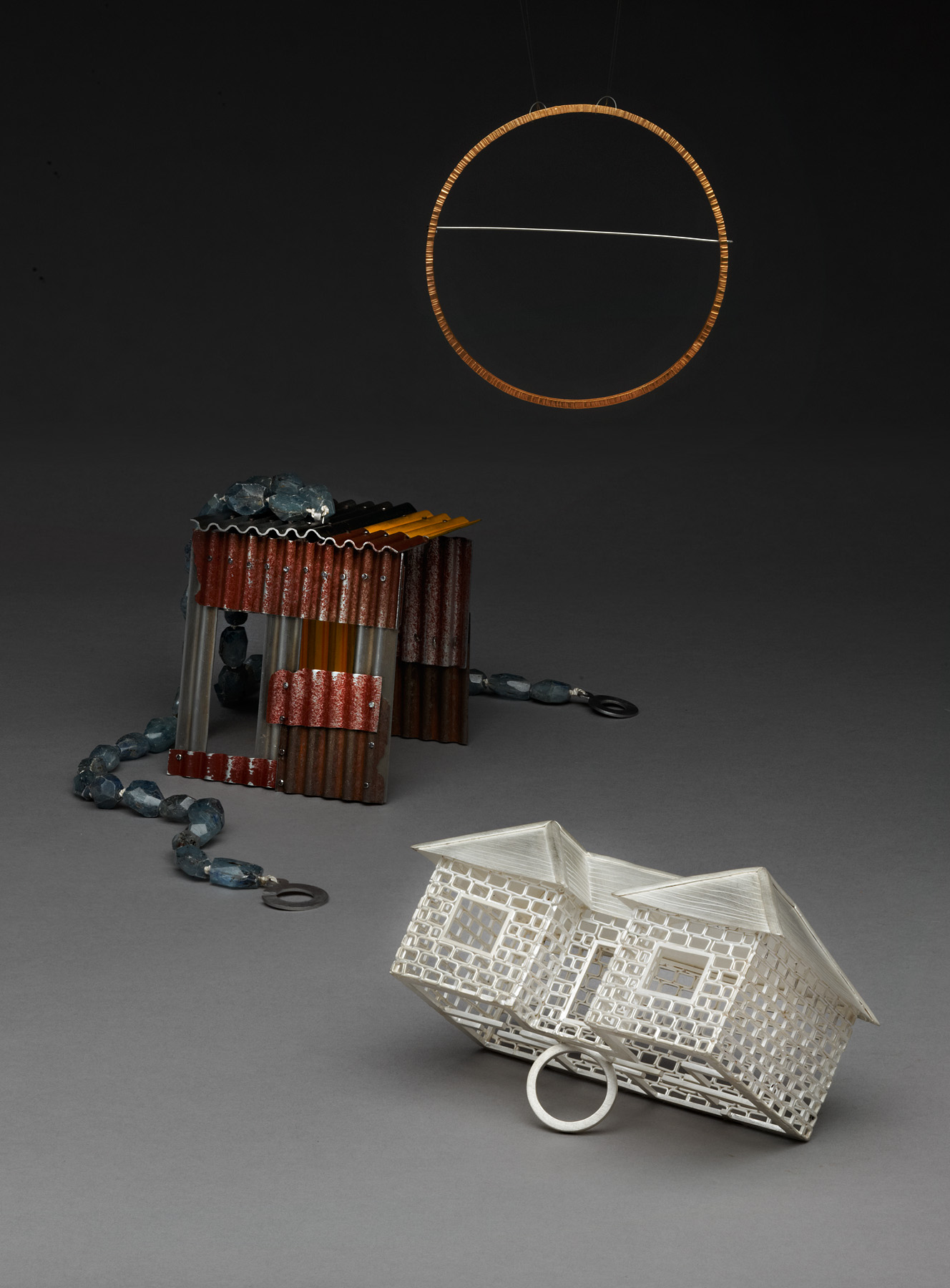 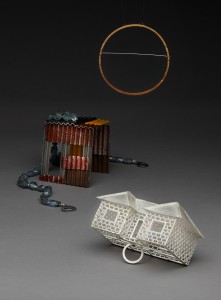 Katheryn Leopoldseder is a Melbourne jeweller.

A 2004 Graduate of the Royal Melbourne Institute of Technology University’s Gold and Silversmithing Honors degree, Katheryn has crafted a solid career in contemporary jewellery.

Her practice encompasses both limited edition production jewellery and one off large scale exhibition works; often characterized by the labor intensive techniques used to construct them. Choosing materials and objects already rich with meaning, Katheryn assembles them into wearable forms to create new objects with their own kind of symbolic beauty and message. While many works address the wastefulness and contradictions found in modern human behavior, gold or pearls run through much of her work and are an expression of hope.

Katheryn is a formative member of The Abbotsford Convent Arts and Cultural Community. Katheryn’s work has been recognized by several awards, acquisitions, and publications. Her forays into faith and stewardship have recently reached a broader audience with their inclusion in the 2008 and 2010 Blake Prize, a prestigious exhibition exploring the religious and spiritual in art. These works were constructed for an exhibition at egetal gallery in Melbourne, 11 March – 6 April, 2013. Here are her words about the experience that let to the series Where Moth & Rust Decay. 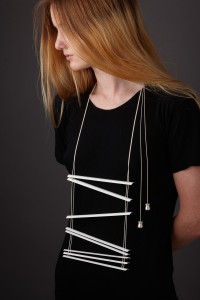 Having spent time, with a NGO, in the city slums of Mumbai and later in the remote tribal communities of Orissa, I was impacted by the precarious nature of human life, our awkward relationship with consumption, and by the universally illusory nature of happiness.

Crammed into a dark and humid tin house within Dharavi gracious slum dwellers pool money to purchase Coke. A gesture of hospitality towards their western guests. I was humbled and deeply grieved by their gesture. Often during my Indian travels, exchanges with the poor revealed a disconcerting wonder towards the West. I suspect some of it arises from an assumption that we have reached a sort of fulfilment. People hungrily observed the products of our affluence: our clothes, our hair, our phones, our bags. Asking if we owned cars, homes etc. We seemed the subjects of a misplaced awe that, in a different context, might be bestowed upon a spiritual leader.

In this way, the people seemed vulnerable. A large illuminated advertisement for Coke-Cola at Delhi airport reads: ‘A mighty ocean we’re not. But we are the little drops that make one. Because small things go a long way. At Coca-Cola India, we believe that there’s more to a little sip. It’s the moment of truth. A second of satisfaction. An instant of happiness. A bubble of hope. Because we don’t just quench your thirst. We recharge your soul. For one moment. One drop at a time. Coca Cola India – little drops of joy.’ 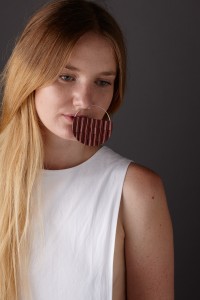 Vulnerability and Commonalities. While traveling, I struggled to reconcile my abundant life of stuff and boundless opportunity with our daily encounters with semi-naked children, who teetered on the edge of sewers outside makeshift homes. I returned to Australia with a profound sense that we are all under the same sun, and under that sun, we are all the same. Circumstances differ, but the substance of human emotion is shared by all.

Tenuous. In Australia we purchase, build, renovate, and expand ceaselessly….deluding ourselves that we will be satisfied once we have everything securely under our control. While Australians are subject to intense desire for ownership, consumables that satisfy briefly and the temporary security of bricks and mortar, India is fast becoming intoxicated by similar images.

Perishable. The nature of stuff is perishable, its ultimate satisfaction temporary. Confronted by the extreme contrast between the two Asian Pacific cultures: In India, the precarious nature of human life blatantly visible, against the apparent stability of life in Australia, prompts me to ponder, where should we exert our effort during our lives?