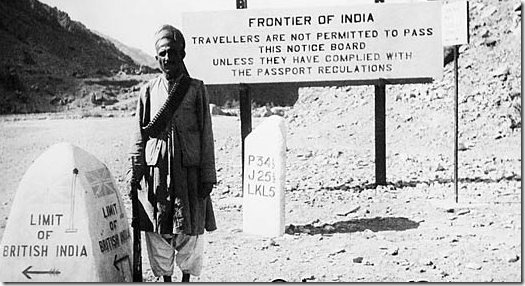 Gandhi’s words from nearly 100 years ago. What has changed?

Unlimited production, the competition for increase in quantity and the unceasing search for markets form even now the most prominent and characteristic features of national programmes. They are, no doubt, framed by those who have been unable to rid themselves of the mesmerism due to a fundamental misconception of national economies. National wealth is estimated from every standpoint except from that of its relation to life. Whereas science, as a factor which increases the output or quantity, has been accorded a universally recognised status, art whose special function it is to improve the quality, has been relegated to an obscure corner. The industrial arts and handicrafts, considered as inessential luxuries, are practically ignored even by recognised authorities on economics. They have found it impossible to realise the connection between art and industry and to appreciate the value of quality or a high standard of workmanship. That is so because they have never attempted to interpret national wealth in terms of life.

The neglect of the economists has been naturally reflected in the defective system of education and the lack of proper facilities for industrial art training. The designers have been brought up in ignorance of the qualities of the materials to which their designs are to be applied. The artificial distinction between fine art and industrial art has broken the continuity of art education. Government has spent money on art education, but, as Mr Colton remarks, the period between the time when the designer is trained and the time when he is a practical designer for any species of industrial art manufacture has never been bridged by Government. There has been, indeed, a hiatus between the training and the application. The universities have, moreover, done nothing to raise the level of the general education of art students. It cannot be disputed that the foundations for the best art training must be found in a sound scheme of general education. Travelling scholarships which would enable designers and craftsmen to widen their experience and cultivate their taste have been awarded, if at all, without any definite aim or purpose.

The designers have been brought up in ignorance of the qualities of the materials to which their designs are to be applied.

Public taste has been gradually declining and the demand for genuine artistic work is disappointing. These are some of the destructive forces that have exercised their deadly influence on the industrial arts and the handicrafts of this country as well as those of England. But there is this difference. In England the medieval craft-guilds are extinct, their ‘traditions have disappeared and the traditional cunning of the craftsmen is all but lost. In India the craft-guilds (Mahajans) still exist and the hereditary cunning of the craftsmen, though usually unperceived, has not yet totally disappeared. But while in England there has been of late a distinct reaction against unlimited machine industry, in India we are avidly swallowing the discredited misconceptions of so-called economists. The mesmerism of markets has well-nigh completely gripped our imagination. The result is both obvious and inevitable. We are deliberately pushing our unique industrial arts and the hereditary craftsmanship to extinction. The system of education, which is responsible for the training of our art students, is based on a policy of drift. It is distinctly anti-national, directed and controlled as it is by those who have no first-hand knowledge of indigenous arts and crafts or of hereditary skill. The public taste has been progressively deteriorating and the public demand is not for genuine artistic articles but for cheap and gaudy knick-knacks imported from foreign countries.

It evident, therefore, that if the importance of the indigenous arts and crafts is generally recognised it is easier in this country than in England, to restore them to their proper position. But will its importance be generally recognised? There is a movement afoot for organising an international exhibition in Bombay. Is it too much in hope that the organisers of the movement will give due recognition to the industrial arts and handicrafts of the country? It is to be hoped further that the proposed exhibition will not prove to be merely an occasion for the display of machinery or an opportunity for prospective exploiters.

In the meantime it will not be out of place to know what has been has done in England to obtain and maintain a high standard of design and workmanship of British industrial arts.

The Board of Trade, in conjunction with the Board of Education, and with the advice of the representative members of the Royal Society of Arts, the Arts and Crafts Exhibition Society, the Art Workers’ Guild, the Design and Industries Association and various persons and associations connected with manufacture and commerce, has framed a scheme for the establishment of a British Institute of Industrial Arts, with the object of raising and maintaining the standard of design and works of industrial art produced by designers, craftsmen and manufacturers, and of stimulating the demand for such works as reach a high standard of excellence. The methods by which it is proposed to achieve its object include (a) a permanent exhibition in London of modern British works selected as reaching a high standard of artistic craftsmanship and manufacture; (b) a selling agency attached to this exhibition; (c) a purchase fund for the State selected works of outstanding merit exhibited at the institute (d) bringing designers and art workers in closer touch with manufacturers and distributers; (e) provincial and travelling exhibitions of a similar character, either independent or in cooperation with other organisations.

Will India benefit by the mistakes of the West? Her rare industrial arts and handicrafts are not yet extinct. They merely require the recognition and encouragement. But if that is not immediately forthcoming it will be too late. We shall then be guilty of strangling them with our own hands.

Thanks to Abigail McGowan for organising this reference. See her excellent book for a broader context: McGowan, Abigail. Crafting the Nation in Colonial India. Palgrave Macmillan, 2009.