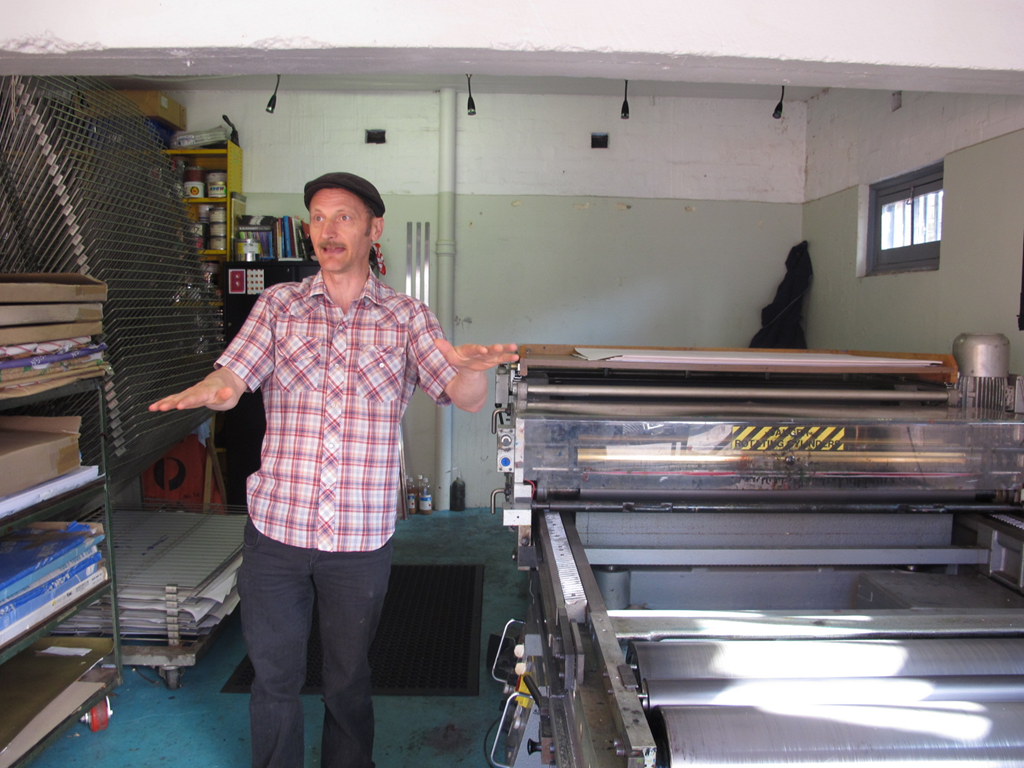 The recent ‘Through Indian Eyes’ hypothetical forum at the Powerhouse Museum reveal some surprising common ground between traditional craft in India and modern life in Australia.

Wait a minute, shouldn’t it be the other way around?

The ‘Through Indian Eyes’ forum was designed to reflect the experience many have coming to India, where they become enamoured with a traditional practice that they seek to revive. Block printing is a common example. For an outsider, the spectacle is wonderful to witness. With such concentration and exactness, the printer stamps a wooden block in place, repeating a pattern across a wide expanse of fabric. The resulting fabric has a magical aura – revealing not only the beauty of the pattern itself, but also the essence of something handmade with care. 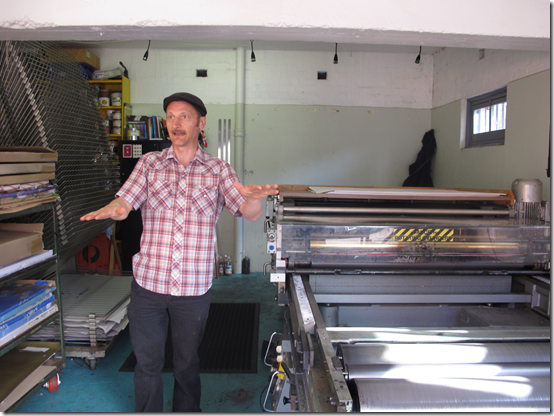 There are no known professional block printers in Australia. However, there are some manual printing skills that have been recently replaced by more automated technology. Through the Powerhouse Museum, the Sangam Project discovered Diego Bonetto at Big Fag Press. With friends, he had purchased a lithographic offset proofing press for $50. They probably could have got if for free, but the real expense was the $1,200 it cost to move. With help of some old timers, they managed to work out how to use the machine and learn its tricks. In the industry, these kinds of machines are no longer necessary because there is less need for proofing sheets. However, for artists who are seeking to have a limited print run, it is perfect. The very hands on nature of the process for them is an asset, giving them direct access to the printing plate. While an even spread of ink across the page is the machine ideal, they can create something interesting by varying this.

This press seemed to reflect an important element also found in the contemporary use of block printing. Traditionally, the textile craft is valued according to the accuracy of print. But this accuracy is better guaranteed now by newer processes such as silkscreen and digital printing. From the viewpoint of technology, block printing looks an inferior process, subject to human error. However, when seen as a creative expression, the irregularities and mis-registrations can seem positively as a form of individual expression.

As such, block printing is often the scene of conflict between Western designers and Indian artisans. A designer might encourage the printer to make mistakes, as foreign clients will value the handmade gesture rather than mechanical precision. However, a traditional artisan may be offended with the request to betray the honour of his or her craft. In the West, we take for granted the romantic nature of self expression, particularly since the Arts and Crafts Movement when writers like Ruskin reacted against the deadening nature of technology. But this romanticism is not necessarily shared by societies that have not been through the same scale of industrialisation.

One position struggles against the other. From the designer’s perspective, the artisan seems stubborn, clinging to the past. While from the artisan’s viewpoint, the designer has no respect for the craft, focusing on the market rather than the need to continue tradition. How to bring these perspectives together is a significant challenge in developing a partnership between artisan and designer that is characterised by mutual respect.

We tried to replicate this position so that the shoe was on the other foot. The Indian designer (played by a real one, Ishan Khosla) is invited to Australia by a local media mogul (played by a real one, the affable Pawan Luthra) to make a invitation for his daughter’s angetram. The angetram is a coming of age for an Indian girl where she demonstrates her mastery of traditional dance. Like the bar mitzvah, these events have become grand affairs in Sydney, with thousands of guests and bands flown in from India.

Khosla decides to use the rarity of the Big Fag Press to design cards that maximise the irregularity of the old press – every one is different. Sceptical at first Luthra agrees and they end up being quite successful. However, a guest returning to India shows it to a friend, who happens to be part of a new political group, the Artisan Liberation Front. The ALF is reacting against the loss of tradition in India that is seen as resulting from foreign influence, such as the recent decision to allow multinationals like Walmart into the local marketplace. One of their core principles is the moral right of artisans to seek perfection in their work.

One of Australia’s leading textile designers, Sally Campbell, is at this point kidnapped by the ALF. The panel was asked to intervene at this point. Senior curator Christina Sumner offered the ingenious solution that involves the Powerhouse Museum sending over some old printers that can help the revival of dying skills.

The energetic responses of the panel helped open up this issue. As founding director of the Crafts Council of Australia, Jane Burns reflected on the misunderstandings that occurred in the past between the Australian notion of craft as an art form, versus its more practical value in India. She helped also raise the question of what kind of responsibility Australia takes now for its craft heritage. This was echoed by the founding director of the UNESCO Observatory, Lindy Joubert, who spoke about the global significance of intangible cultural heritage.

Besides the creative responses of the panel, the audience too offered some important thoughts about the significance of traditional crafts. Helmut Lueckenhausen spoke about the importance of tradition not just for the beauty of objects but also the sense of connectedness that it encourages between people, their society and wider world. There was also an impassioned call from a local audience member about the dire situation facing crafts in New South Wales, with the cuts to TAFE. She argued that we should not only be worried about the situation facing impoverished artisans in India, we need to see what’s happening to our creative skill base at home.

Ably steered by Nell Schofield, the speculative scenario managed to touch a nerve for participants and audience. As often happens, what begins as a missionary project often turns on itself, with the giver becoming the receiver. Through this reversal, we can uncover a new sense of solidarity between Australia and India. 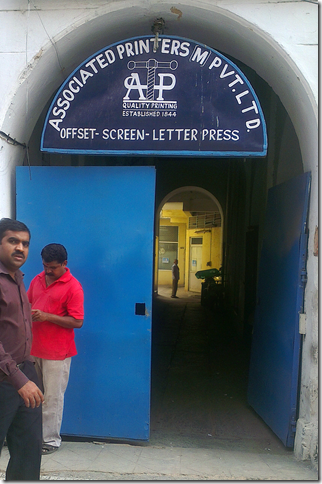